Posted by GreenDog on Wednesday, 27 October 2021 in Climate Change 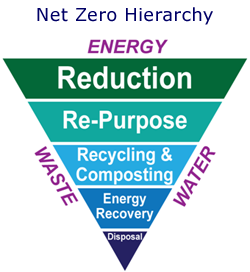 One of the world’s largest oil producers, Saudi Arabia, announced Saturday it aims to reach “net zero” greenhouse gas emissions by 2060, joining more than 100 countries in a global effort to try to curb manmade climate change.

Although the kingdom will aim to reduce emissions within its own borders, there is no indication Saudi Arabia will slow investments in oil and gas or relinquish sway over energy markets by moving away from the production of fossil fuels. Energy exports form the backbone of Saudi Arabia’s economy, despite efforts to diversify revenue as the world increasingly looks to transition away from reliance on fossil fuels. The country is forecast to make $150 billion in revenue this year alone from oil.

The announcement, made by Crown Prince Mohammed bin Salman in scripted remarks at the start of the kingdom’s firstever Saudi Green Initiative Forum, was timed to make a splash before the start of the global COP26 climate conference being held in Glasgow, Scotland.

The crown prince vowed Saudi Arabia will plant 450 million trees and rehabilitate huge swaths of degraded lands by 2030, reducing 200 million tons of carbon emissions and attempting to turn the landlocked city of Riyadh into a more sustainable capital.

AFTER CALIFORNIA WILDFIRE, THOUSANDS OF TREES TO BE REMOVED. THREE RIVERS, CALIF. » In the wake of California’s wildfires, more than 10,000 trees weakened by fires, drought, disease or age must be removed, work that will keep a nearby highway closed to visitors who seek the world’s two largest sequoia trees.

The hazardous trees could fall onto people and cars on the section of California 180, known as Generals Highway, or they could create barriers for emergency and fire response, the Sequoia and Kings Canyon national parks said Friday.

The highway is closed because of the KNP Complex blaze, which was 60% contained after burning 138 square miles of forest, and it will remain blocked to visitors after the fire is out while saw crews cut down trees and trim branches. Cooler weather has helped slow the flames, and the area was expected to see rain starting today.

The KNP Complex has been burning since Sept. 9, when lightning ignited two fires that later merged.

Turkish President Recep Tayyip Erdogan has threatened to expel the ambassadors from 10 countries, including the United States, declaring them persona non grata after they called for the release of a jailed philanthropist.

“I gave the instruction to our foreign minister and said, ‘You will immediately handle the persona non grata declaration of these 10 ambassadors,’ ” Erdogan said in a speech Saturday in Eskisehir in western Turkey.

The outburst seemed to indicate a return to frosty relations with the West, after a brief thaw that analysts have attributed to Erdogan’s concern for his country’s stumbling economy.

BIDEN TO MEET POPE FRANCIS AMID SOME RIFTS WITH U.S. BISHOPS. There’s an intriguing subplot to President Joe Biden’s upcoming meeting with Pope Francis. The world’s two most prominent Roman Catholics will be celebrating a shared outlook on church teaching and vital social issues even as Biden faces unwavering opposition from many U.S. Catholic bishops over his stances on abortion and LGBTQ rights.

Less than three weeks after Biden’s visit to the Vatican on Friday, the American bishops will convene in Baltimore, with one of the agenda items inspired in part by conservatives who contend that Biden’s support for abortion rights should disqualify him from receiving Communion. Although any document that emerges is not expected to mention Biden by name, it’s possible there could be a clear message of rebuke.

“This is way beyond embarrassing,” said Massimo Faggioli, a professor of historical theology at Villanova University who recently authored a book about Biden and Catholicism.

“For some of the bishops, it’s an act of intimidation” toward Biden, Faggioli said.