Posted by GreenDog on Thursday, 28 April 2022 in Fossil Fuels 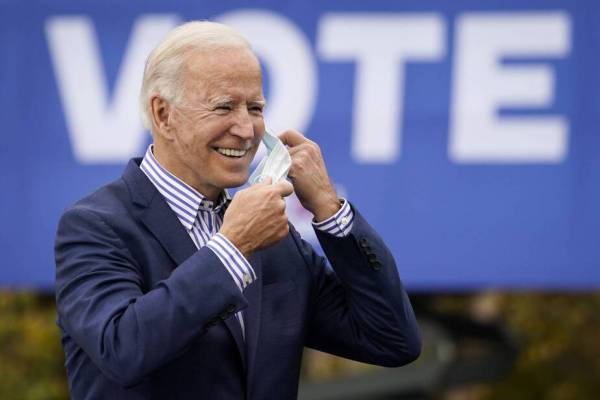 WASHINGTON » The Biden administration announced Friday that it would resume selling leases for new oil and gas drilling on public lands but also would raise the federal royalties that companies must pay to drill, which would be the first increase in those fees in more than a century.

The Interior Department said in a statement that it planned to open up 145,000 acres of public lands in nine states to oil and gas leasing next week, the first new fossil fuel permits to be offered on public lands since President Joe Biden took office.

The move comes as Biden seeks to show voters that he is working to increase the domestic oil supply as prices surge in the wake of the Russian invasion of Ukraine. But it also violates a signature campaign pledge made by Biden, as he sought to assure climate activists that he would prioritize reducing the use of fossil fuels.

Upon taking office, Biden issued an executive order calling for a temporary ban on new oil and gas leasing on public lands, which was to remain in place while the Interior Department produced a comprehensive report on the state of the federal oil and gas drilling programs.

That report, issued in November, recommended an overhaul of the rents and royalty fees charged for drilling on land and offshore. The report noted one estimate that the government had lost up to $12.4 billion in revenue from drilling on federal lands from 2010 through 2019 because royalty rates have been frozen for a century.

In opening up the new public lands for oil and gas permitting, the Interior Department will raise the royalty rates that companies must pay to the federal government from 12.5% of their profits to 18.75%, an increase that could bring in billions of dollars of new revenue.

The move comes as part of a recent series of steps that Biden has taken as he attempts to assuage voter anxiety over rising gasoline prices. This month, he announced the largest-ever release of oil from the nation’s Strategic Petroleum Reserve, reached a deal to increase natural gas exports to Europe, and called on Congress to enact legislation to compel oil companies to drill on their leases.