Posted by GreenDog on Friday, 22 April 2022 in Green Design 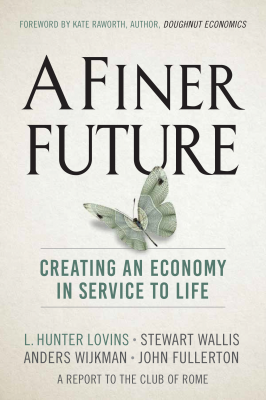 Even before war in Ukraine sent fuel prices through the roof, the trucking industry was under intense pressure to kick its addiction to diesel, a major contributor to climate change and urban air pollution. But it still has to figure out which technology will best do the job.

Truck makers are divided into two camps. One faction, which includes Traton, Volkswagen’s truck unit, is betting on batteries because they are widely regarded as the most efficient option. The other camp, which includes Daimler Truck and Volvo, the two largest truck manufacturers, argues that fuel cells that convert hydrogen into electricity — emitting only water vapor — make more sense because they would allow long-haul trucks to be refueled quickly.

The choice companies make could be hugely consequential, helping to determine who dominates trucking in the electric vehicle age and who ends up wasting billions of dollars on the Betamax equivalent of electric truck technology. It takes years to design and produce new trucks, so companies will be locked into the decisions they make now for a decade or more.

“It’s obviously one of the most important technology decisions we have to make,” said Andreas Gorbach, a member of the management board of Daimler Truck, which owns Freightliner in the United States and is the largest truck maker in the world.

The stakes for the environment and for public health are also high. If many truck makers wager incorrectly, it could take much longer to clean up trucking than scientists say we have to limit the worst effects of climate change. In the United States, medium- and heavy-duty trucks account for 7% of greenhouse gas emissions. Trucks tend to spend much more time on the road than passenger cars.

Although sales of electric cars are exploding, large truck makers have only begun to mass-produce emission-free vehicles. Daimler Truck, for example, began producing an electric version of its heavy-duty Actros truck, with a maximum range of 240 miles, late last year. Tesla unveiled a design for a battery-powered semitruck in 2017 but has not set a firm production date.

Cost will be a decisive factor. Unlike car buyers, who might splurge on a vehicle because they like the way it looks or the status it conveys, truck buyers carefully calculate how much a rig is going to cost them to buy, maintain and refuel.

Battery-powered trucks sell for about three times as much as equivalent diesel models, although owners may recoup much of the cost in fuel savings. Hydrogen fuel cell vehicles will probably be even more expensive, perhaps one-third more than battery-powered models, according to auto experts. But the savings in fuel and maintenance could make them cheaper to own than diesel trucks as early as 2027, according to Daimler Truck.

“The environmental side is hugely important, but if it doesn’t make financial sense, nobody’s going to do it,” said Paul Gioupis, CEO of Zeem, a company that is building one of the largest electric vehicle charging depots in the country about 1 ½ miles from Los Angeles International Airport.

Proponents of hydrogen trucks argue that their preferred semis will refuel as fast as conventional diesel rigs and will also weigh less. Fuel-cell systems are lighter than batteries — an important consideration for trucking companies seeking to maximize payload. Fuel cells tend to require fewer raw materials such as lithium, nickel or cobalt that have been rising in price. (They do, however, require platinum, which soared in price after Russia invaded Ukraine. Russia is a major supplier.)

A new truck costs $140,000 or more. Owners eager to clock as many cargo-hauling miles as possible won’t want their drivers to spend hours recharging batteries, said Daimler’s Gorbach. “The longer the range, the higher the load, the better it is for hydrogen,” he said.

But other truck makers argue that batteries are much more efficient, and getting better all the time. They point out that it takes prodigious amounts of energy to extract hydrogen from water. Instead of using electricity to make hydrogen, battery proponents say, why not just let the energy directly power the truck’s motors?

That argument will become stronger as technical advances allow manufacturers to produce batteries that can store more energy per pound and that can recharge in minutes, rather than hours. A long-haul truck that can recharge in a half-hour is a few years away, said Andreas Kammel, who is in charge of electrification strategy at Traton, whose truck brands include Scania, MAN and Navistar.

“The cost advantage is here to stay, and it’s significant,” Kammel said.

The hydrogen camp acknowledges that batteries are more efficient. All the major truck manufacturers plan to use batteries in smaller trucks, or trucks that travel shorter distances. The debate is about what makes the most sense for long-haul trucks traveling more than 200 miles a day — the kind that carry heavy loads across the breadth of the United States, Europe or China.

Most countries will struggle to produce enough electricity to drive fleets of battery-powered trucks, Daimler and Volvo executives say, arguing that hydrogen is a potentially unlimited source of energy. They envision a world in which countries that have a lot of sunlight, such as Morocco or Australia, use solar energy to produce hydrogen that they send by ship or pipeline to the rest of the world.

Much of the hydrogen produced today is extracted from natural gas, a process that generates more greenhouse gases than burning diesel. So-called green hydrogen produced with solar or water power is scarce and expensive. Hydrogen enthusiasts say the supply will expand quickly, and the price will come down, because of demand from steel, chemical and fertilizer producers that are also under pressure to reduce emissions. They will use hydrogen to run smelters and other industrial operations.

“Less than 10% of green hydrogen will be directed to road transport,” said Lars Stenqvist, a member of the executive board of Volvo who is responsible for technology. “We will sort of piggyback on the demand and infrastructure from other industries.”