Posted by GreenDog on Monday, 06 December 2021 in Climate Change

Flood-drenched British Columbians fear this is the new normal 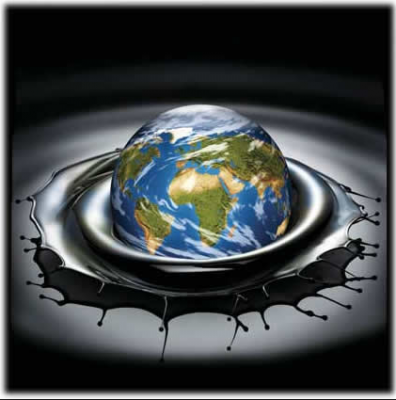 » With light drizzle in the air, a young woman wiped away tears as she stood on the veranda of a newly renovated gray and white house. Its toilets and other plumbing fixtures sat beside her. Most of the house’s contents were on the street in a muddy pile.

Three doors down, a chain of soldiers in green camouflage fatigues stacked sandbags atop a rock-and-earth dike intended to keep the Tulameen River out of modest homes on Allison Avenue. The engine noise and reverse warning beeps of a small excavator filled the air as it scraped up mud, soggy mattresses, end tables, chairs, tools and VHS cassettes of children’s cartoons.

The heavy rains that caused flooding in Princeton and across southern British Columbia were the third large-scale natural disaster this part of Canada has endured in six months — the likely cumulative effects of climate change, according to climate experts.

Record-breaking heat waves, flooding and wildfires have killed hundreds of British Columbians and have highlighted Canada’s vulnerability to extreme weather. On their own, each event has caused widespread devastation, but they are perhaps even more profound, according to researchers, because they followed one another in this sequence, producing so-called “compound effects.”

Western Canada suffered a blistering heat wave for much of the summer as record-high temperatures caused uncontrolled forest fires that burned one community to the ground.

Now, the region is facing washed-out roads and highways, mud-clogged houses and destroyed bridges after nearly a foot of rain poured from a weather event known as an atmospheric river — long bands of water vapor that form over the Pacific Ocean and drift to North America every fall and winter. Forecasts of more heavy rainfall for this week have renewed flooding worries and prompted precautionary closings of highway routes that had just reopened.

“We have not had this number of atmospheric rivers in such a short time period hitting into the coast,” said Rachel White, a professor at the University of British Columbia who studies how large-scale atmospheric patterns contribute to extreme weather. “The scary possibility is that climate change is making those more likely and more frequent.”

Last week Bonnie and Bryan Webber finished stuffing the last of their salvageable belongings into a small pickup after floodwaters ravaged their 700square-foot home, which sits directly beside the dike in Princeton, a town of 2,800 residents.

They bought their house 22 years ago and moved from the Vancouver area shortly afterward, when Bryan Webber retired from the city’s sewer and drainage department.

At least 12,000 British Columbians remained displaced by the floods this week, most with no clear return date. Some communities remained evacuated. Schools and one major railway route were closed. And large sections of highways critical to moving goods from Vancouver to the rest of Canada have been closed by landslides, flooding, washouts and collapsed bridges. Partial reopenings are weeks away for some highways and full restoration will take months, perhaps longer.

“This won’t be cheap, that’s for sure,” said Ian Pilkington, the province’s chief engineer of highways. “But even at this point, we’re still assessing and trying to figure out what we need to do.”

For many people in the province, looming above it all is a nagging fear that the turmoil is a sign of what climate change will bring.

Sam Parara, a transit bus driver in Vancouver, had planned to start a new life in a Princeton house he recently purchased and was renovating. As he carried a pile of objects so mud-covered as to be unidentifiable to the curb, Parara said he’s concerned about the longterm implications of the weather disasters.

“I’ve listened to David Suzuki talking about climate change for a long time,” he said referring to the Canadian broadcaster, geneticist and environmentalist. “All of a sudden, the climate is very unpredictable,” he said. “Maybe we need to think about doing things in a different way.”

Experts are unclear as to whether this year’s weather is a direct result of climate change. Many, however, say they are certain that climate change worsened the effects.

The drought, for example, dried out vegetation, which in turn fueled and intensified fires. Fire itself can weaken or kill plants and make the soil less permeable, so rain is more likely to run off, not soak in. This can create conditions for the types of dangerous landslides and mudslides seen in recent weeks.

While atmospheric rivers are the primary source of rainfall along the west coast, models show that atmospheric river storms are likely to strengthen and intensify from warmer air, which can hold more moisture.

Two weeks ago in British Columbia, a pair of atmospheric river storms struck in quick succession. “Those back-to-back storms are where we get the biggest impact,” said Marty Ralph, the director of the Center for Western Weather and Water Extremes at the Scripps Institution of Oceanography. Ralph noted the second storm stalled, which can create longer rainfalls over one location. Those conditions “were sort of a kicker that pushed things over the edge.”

As the water raged down the mountainsides in the region and along the Fraser River into Vancouver, its destruction took many forms.

In Merritt, a river had poured into the sewage treatment plant, forcing the evacuation of all 5,300 residents. The torrent carved a new path for the river through town, felling a bridge, sweeping a mobile home downstream and leaving another partly submerged while destroying parts of the drinking water system.

The Trans Mountain pipeline, which links Alberta’s oil sands to refineries in Washington state and a port in suburban Vancouver, was left with several sections uncovered or underwater. No leaks were reported, but the pipeline operator shut it down, with hopes to at least partly reopen this week.