Posted by GreenDog on Monday, 14 September 2020 in Fossil Fuels
Featured

THE ROLE OF PLASTICS IN THE CLIMATE CRISIS 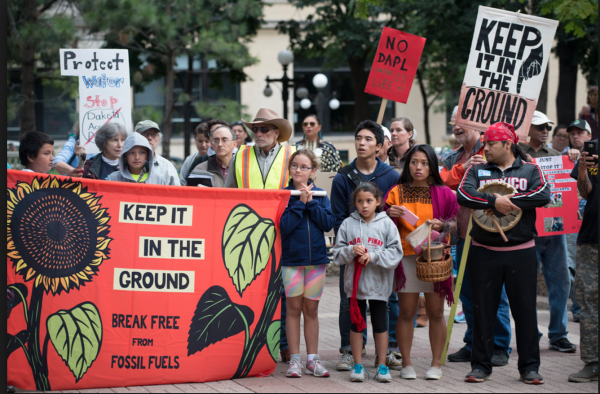 From its extraction and production to its management as a waste product, plastic generates planet-warming emissions at every step of its lifecycle.

If plastic use were a country, it’d be the fifth largest emitter of greenhouse gases in the world.

Extraction and transport, refining and manufacture, and waste management are the three broad lifecycle stages of plastic — each producing varying amounts of greenhouse gases.

On its present trajectory, emissions attributed to plastic would exceed the entire remaining carbon budget for all industrial greenhouse gas emissions under a 2°C scenario.

Odds are, you know that the world has a serious plastic waste problem.

To start, there are about 150 million metric tons of plastic in our oceans, with about 10 million tons added each year. Some countries are dealing with an overflow of trash and can no longer shoulder the burden. Then, there’s the issue of pervasive microplastics: tiny plastic debris that now contaminates everything from the world’s most remote ecosystems to our own bodies.

Understandably, these very visual impacts are front and center in the plastic pollution conversation. However, though less immediately apparent, we can’t afford to overlook the severe impact plastics also have on our climate.

Research estimates that across its lifecycle, plastics account for 3.8 percent of global greenhouse gas emissions. To put that in perspective, if plastic use were a country, it’d be the fifth largest emitter of greenhouse gases in the world.

It manages to have a staggering impact through each emissions-intensive step of its lifecycle — a process that is well-worth breaking down.

Over 99 percent of all plastic is made from fossil fuels, most commonly oil and natural gas. Drilling for these fuels, extracting them from the ground, and transporting them to processing facilities are all very emissions-intensive processes.

In fact, in the United States alone, extracting and transporting natural gas for plastic production generates an estimated 12.5 to 13.5 million metric tons of carbon dioxide equivalent per year – that’s the same as driving nearly 3 million cars for a year.

But that’s not all.

Another major source of emissions at this stage is methane leakage and flaring, which takes place during the extraction of natural gas. This matters because, on a 20-year timescale, methane is roughly 90 times more effective at trapping heat in the atmosphere than carbon dioxide.

Additionally, the clearing of forests and fields for drill sites and pipelines is a double-whammy for our climate. Not only are large areas of plants and trees destroyed, which itself releases carbon, but they’re no longer around to absorb carbon dioxide in the future.

According to a recent Center for International Environmental Law (CIEL) report, Plastic and Climate, “Plastic refining is among the most greenhouse gas-intensive industries in the manufacturing sector — and the fastest growing.”

This is true for two main reasons:

First, cracker plants. These are facilities that use very intense heat to break down ethane and propane into ethylene and propylene, respectively: the building blocks of plastic. Globally in 2015, emissions from cracking to produce ethylene produced 184.3 to 213.0 million metric tons of CO2, as much as 45 million passenger vehicles driven for one year.

And second, manufacturing is so emissions-intensive because of the amount of energy required to power the plants that turn raw plastic materials into the products we use.

Once it has been used, the vast majority of plastic is either recycled, landfilled, or incinerated — each method producing different amounts of emissions.

Only about 9 percent of all plastic is ever recycled. Relative to the landfilling and incineration, this process generates medium emissions. However, it does prevent new plastic from being produced, which ultimately does lower its net impact.

Landfilling and litter accounts for 79 percent of all plastic waste. While it emits the least greenhouse gases, it does, of course, cause the overflow of plastic waste seen around the world.

Finally, incineration is the most emissions intensive of the three methods. Global emissions from incineration totaled 16 million metric tons of CO2 equivalent in 2015 for plastic packaging, representing about 40 percent of plastic demand. And that’s before accounting for the open burning of plastic or incineration that occurs without any energy recovery.

We have our work cut out for us fighting plastic pollution.

The combination of fracking causing gas prices to drop and increasingly clear signs that declining fossil fuel use is on the horizon — given the rise of electric cars, for example — is pushing fossil fuel companies to look elsewhere to keep up their profit margins.

Unfortunately, the next major market they’re turning to is plastic.

This is deeply troubling because, on its present trajectory, emissions from plastic production and use would exceed the entire remaining carbon budget for all industrial greenhouse gas emissions under a 2°C scenario.

2°C of warming is the internationally accepted goal estimated to keep the worst of the climate crisis at bay. And now, our growing use of plastic seriously threatens its feasibility.

It’s clear that a world of endless fossil fuel use does not go hand-in-hand with preserving a stable climate. It is a threat to healthy natural habitats, wildlife, and communities everywhere.

That’s why we’re taking action, and we hope you’ll join us.

Across the country, everyday Americans are joining Climate Reality chapters and working together for practical climate solutions. These friends, neighbors, and colleagues are bringing clean energy to their towns, fighting fracking developments, and so much more. They’re making a real difference for our climate, and you can too.

If you’re ready to take action in and for your community, then we invite you to join a Climate Reality chapter. Click here to learn more and join today!