Posted by Wolf on Saturday, 06 October 2012 in Ocean/Seas/Coastlines 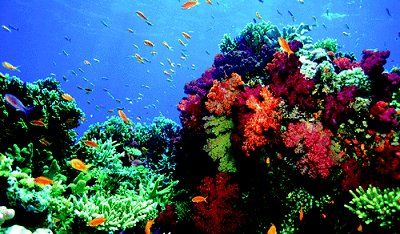 CORAL transplanting is the only answer to the decline of corals in our reefs, says Aqua Trek Mana dive instructor Asami Dantsuka.

She said coral numbers had declined tremendously in the past five years, adding that the destruction of coral reefs was a major concern of ecologists worldwide and the picturesque Mamanuca Islands was not spared.

"One of our snorkelling and diving site at Mana Island was really affected and we never go there anymore," said Ms Dantsuka.

"Crown of thorns was our major threat and it has affected most of our reef.

"What we can say is that it has helped the affected site with new coral blooming nearby the transplanting site.

"We are seeing it happening, as long as we keep educating people the importance of conservation, I think we can revive some of this affected sites.

"We have done four transplanting already with the Mamanuca Environment Society and we are still trying the best method that can fit our reef. But it is working well."

"The primary objectives of coral transplantation are to improve reef quality in terms of live coral cover, biodiversity and topographic complexity."