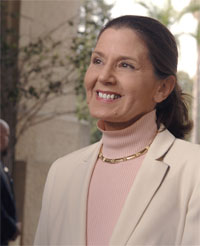 Lynn Scarlett is an independent environmental consultant working on issues pertaining to climate change, ecosystem services, and landscape-scale conservation. From 2005 to January 2009, she served as Deputy Secretary and Chief Operating Officer of the U.S. Department of the Interior, a post she took on after 4 years as the Department's Assistant Secretary for Policy, Management and Budget. She served as Acting Secretary of the Department for two months in 2006.  Ms. Scarlett chaired the Department's Climate Change Task Force and now serves on the national Commission on Climate and Tropical Forests . She is a Fellow of the National Academy of Public Administration and a Visiting Lecturer at the Bren School of Environmental Science and Management of the University of California, Santa Barbara. From June 2003-2004, she chaired the federal Wildland Fire Leadership Council, an interagency and intergovernmental forum for implementing the National Fire Plan. She initiated Interior’s Cooperative Conservation Task Force and served on the Executive Committee of the President’s Management Council. Ms. Scarlett serves on the board of the American Hiking Society and RESOLVE and is a trustee emeritus of the Udall Foundation . She is author of numerous publications on incentive-based environmental policies. She received her B.A. and M.A. in political science from the University of California, Santa Barbara, where she also completed her Ph.D. coursework and exams in political science. She is an avid hiker, canoe enthusiast, and birder.